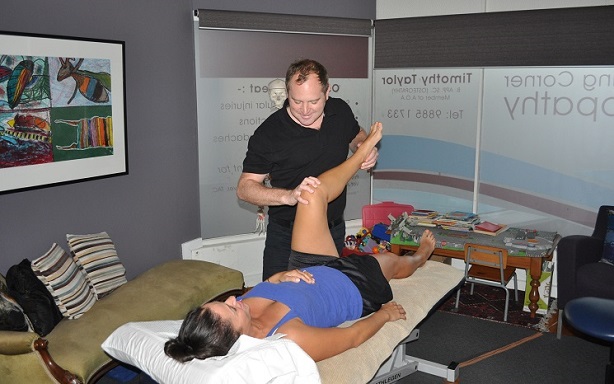 After graduating from RMIT in 1995, Tim moved to Canberra to complete his Internship in Osteopathic Clinical Studies. He was fortunate to be closely mentored by three experienced osteopaths, who encouraged Tim to broaden his osteopathic skills to include the full spectrum of osteopathic techniques.

He established a very busy private practice in Deakin, ACT, where he developed a reputation for treating complex cases of chronic musculoskeletal pain.

Tim left Canberra in 2004 and returned to Melbourne so that his four children were closer to their grandparents and extended family. Tim initially worked as a locum in Fairfield at a paediatric clinic, ‘Osteo4kids’.

In October 2004, he established Darling Corner Osteopathy and has been proud to see the clinic grow through word-of-mouth referrals. It expanded to the shop next door in 2008, which meant that the number of osteopaths and remedial massage therapists working in the clinic could increase.

Throughout his twenty-three years of private practice, Tim has studied various post-graduate clinical courses, including Osteopathy in the Cranial Field intermediate program. In 2011, he extended and formalised his knowledge of paediatric osteopathy by completing a Graduate Certificate in Neonatal/Paediatric Manual Therapy at Victoria University. He has also participated in clinical studies with the Academy of Neuromusculoskeletal Medicine.

With his own positive experience of being mentored behind him, Tim thrives on sharing his clinical skills and osteopathic knowledge with his college and with new graduates. Darling Corner Osteopathy has an ‘open door’ policy, where the osteopaths often share difficult cases and assist each other with certain techniques.

Outside of osteopathy, Tim enjoys playing competitive hockey and loves having fun with his family in numerous outdoor activities. 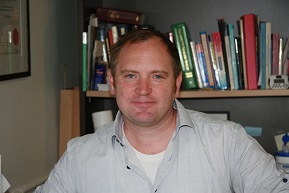 Having four children of his own, Tim enjoys the challenge of treating children. In particular, he enjoys seeing infants who present with digestive pains and dysfunctions like colic and constipation, becoming relaxed and happy babies.

Tim also enjoys a laugh with his adult patients and gets satisfaction from seeing them leave his treatment room feeling more flexible with improved vitality for the joys that life has to offer.

Only urgent critical care can be covered during this stage.

For frequent updates on our practice, please visit our Facebook page here.

Thank you for your understanding – Darling Corner Osteopathy.